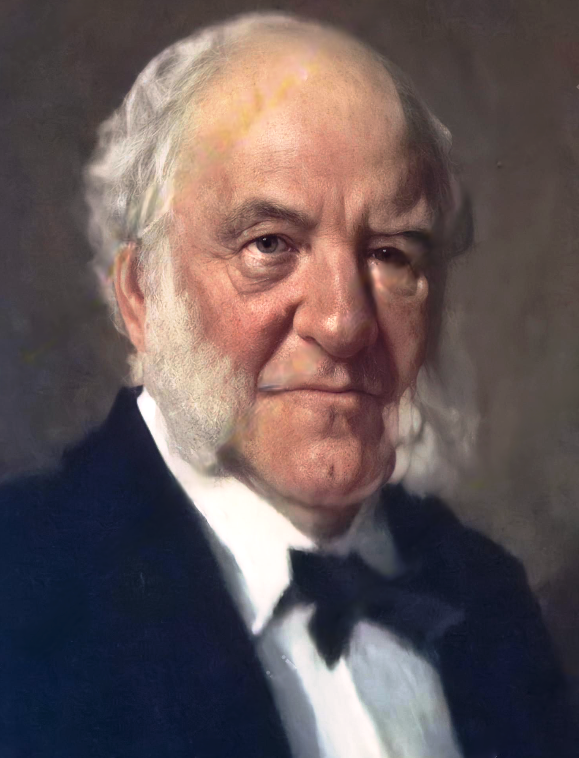 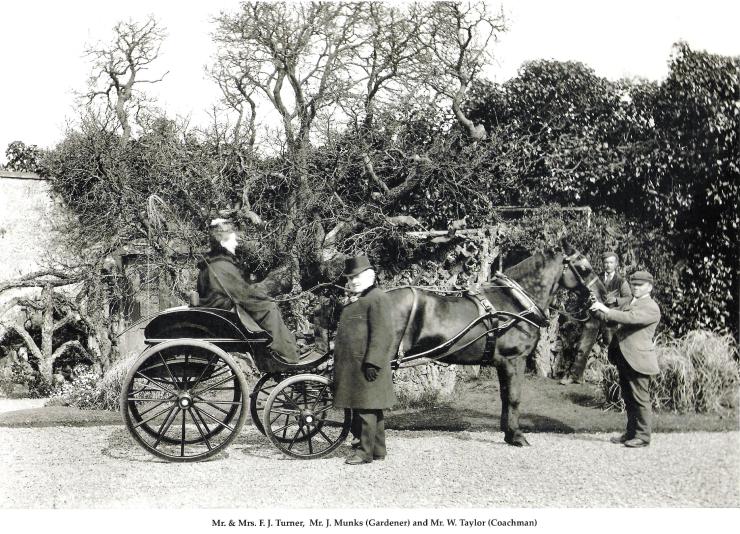 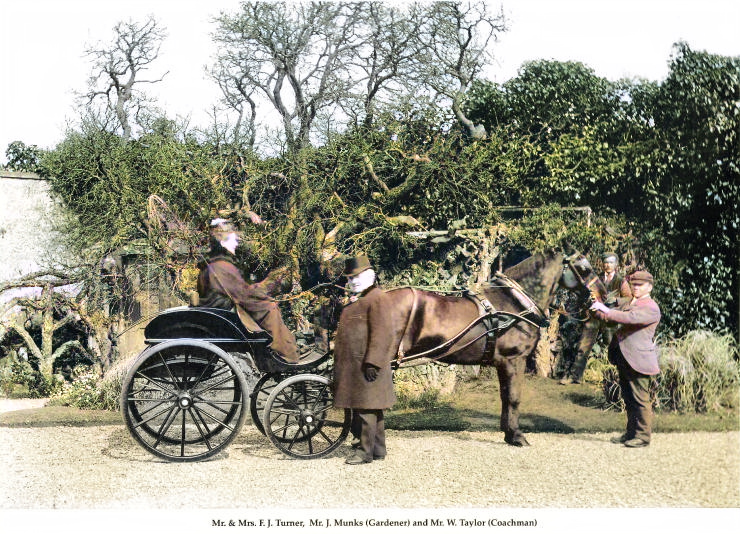 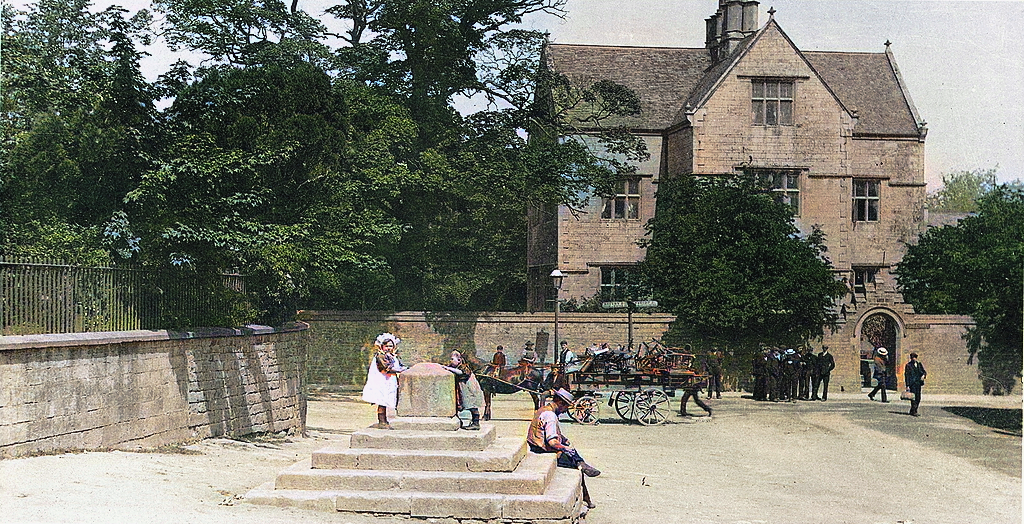 Frederick John Turner was born on 2 January 1824 at Lascelles Place, in Bloomsbury, London, the city where his parents Yorkshire born Joseph and Anne (nee Hall) who hailed from Westmoreland, had married.

They returned to live in Yorkshire to where Joseph was the innkeeper of the Cleaver Inn, Rotherham. He held the license there from 1825 to 1852. Frederick John attended school at Moorgate, near Rotherham and Whiston.
As a young man Frederick John was articled to land agent John Horncastle as a clerk and assistant and lodged with the family in The Yews, Maltby, Yorkshire.
John Horncastle’s wife, Eliza Jemima, had a daughter, Charlotte Eliza, who married Frederick John on 28 May 1851 at Firbeck, South Yorkshire.
They had seven children, who survived to adulthood: Frederick Herbert, Elizabeth Ann, Joseph Harling, Thomas Warner, Harry Gordon, Richard John and Charlotte Maria.
Frederick was the land agent for the estate of Colonel Clowes at Broughton near Manchester for some years and only relinquished that position in 1858 when he took charge of the Duke of Portland’s Ayrshire estates based in Kilmarnock, Scotland. Sadly during that period his wife, Charlotte, died in Midlothian, Scotland in 1868.
He and his second wife, Emily Cunyngham, nee Horne, who was born in Edinburgh on 23 February 1846 were married there on 8/December 1870. Their children were Caroline Emily, David Neville, George John, Charles Edward, Kenneth Legh, Freda Harriet Alicia, Arthur William Lindsay and Elspeth Stewart.
The 5th Duke of Portland appointed Frederick John as his land agent for the Welbeck Estates in 1878 and Clerkson Hall, situated facing the junction of High Street and Church Street at Mansfield Woodhouse, became the estate office. The 5th Duke died in 1879 and the 6th Duke confirmed Frederick John’s position.
Frederick John’s son, Joseph Harling Turner, then managed the Scottish Estates of the Duke of Portland.
In 1881 Frederick John and his family lived at Cross Hill, Church Street, Mansfield Woodhouse and had a retinue of four domestic servants, Maria Sheppard, Helena Swift, Helen Gleunie, Margaret McMurray and a groom, Henry Boole.
Looking at the 1891 Census, their house was referred to as No 11 Church Street.
A hearty welcome home was given to Lt David Neville Turner on his return from the fighting in South Africa in June 1901. The son of Frederick John, he served with the Sherwood Rangers and the unit had gone out 18 months before. The local newspaper records that ‘He had suffered a severe wound caused by a bullet through the arm just above the wrist which he received in an action near Boshof. On his return he was brought from the railway station in a carriage which was sent to meet him and a large number of people turned out to give him a ringing cheer. Flags were hung out in the village and near his home also and over the archway was hung the motto ‘Welcome Home’
The Duke of Portland gave an annual dinner to the old folk of Mansfield Woodhouse held in the National Schools in celebration of the Duke’s birthday. At the one held in January 1905 Dan Bottom, landlord of the Greyhound Inn, provided the catering of roast beef and mutton for more than 130 diners seated and over 50 dinners were sent out to those invited who were too old or infirm to attend. There was a toast of the health of the Duke’s land agent Mr F J Turner who although in attendance was not in robust health. Mrs Turner replied on her husband’s behalf
The portrait of Frederick John Turner was presented to him by the Duke of Portland’s tenants as a gift to mark his 80th birthday in 1904.
Mr Turner recognised that the people of Woodhouse had long been in need of a room for parochial purposes. He put the idea to the Duke of Portland and obtained from him the gift of a valuable site at the junction of Church Street and Welbeck Road.
Sadly Mr Turner died on 10 March 1906, long before his dream for such a room had reached an advanced stage. But it was generally felt that the hall should be named after him. Emily Need, who lived at the Manor House next door to St Edmund’s Church, laid the foundation stone to start the building work in May 1907. It was in the February of the following year that the Duke of Portland travelled to Mansfield Woodhouse to officially open the Turner Memorial Hall in memory of who he called a valued friend and most wise adviser. Mr Turner had given 48 years’ of service to their family.

A stone and plaque on the south wall of St Edmund’s Church reads:
‘To the Glory of God and in memory of Frederick John Turner who died 10 March 1906. This tablet is erected by the many friends whose affection and esteem he won by his kind and genial nature and integrity, justice and enlightened views in the management of the estates of the Dukes of Portland for which he was for 48 years agent. A ward in Mansfield District Hospital has also been erected and dedicated by them as a fitting monument to one who was distinguished by his benevolence and the public spirit of a good citizen.’
On the death of his father, Thomas Warner Turner became the Duke’s agent.
Frederick John and Emily’s son, Kenneth Legh Turner, served in the 5th Reserve Cavalry Regiment attached to the Queen’s Own Worcestershire Hussars as a Second Lieutenant. He was killed in the First World War on 2 May 1918, aged 40, in Palestine and is one of the soldiers commemorated on the War Memorial in Yeoman Hill Park at Mansfield Woodhouse. The Commonwealth War Graves Commission records that he is buried in Jerusalem War Cemetery, Israel, and an inscription to him appears on his parents’ gravestone in the Welbeck Road Cemetery, Mansfield Woodhouse.
Arthur William Lindsay Turner, Frederick John and Emily’s youngest son, went out to Ceylon in 1906 as a tea planter. He joined the Ceylon Planters Rifle Corps and lost his leg at Gallipoli in the First World War.
In 1919 Frederick John’s daughter, Caroline Emily, and her husband Arthur, who she had married in 1901 moved to New Zealand. He was the son of Bishop Leonard Williams of Waipu, Napier. She died in New Zealand aged about 105.
Frederick John’s wife, Emily, died on 23 November 1921, and the extension to the Turner Hall was built in her memory in 1924. 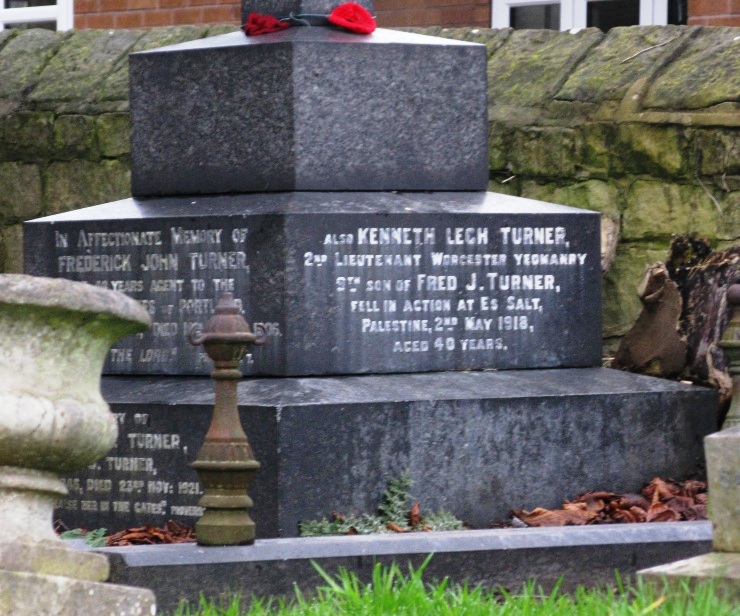