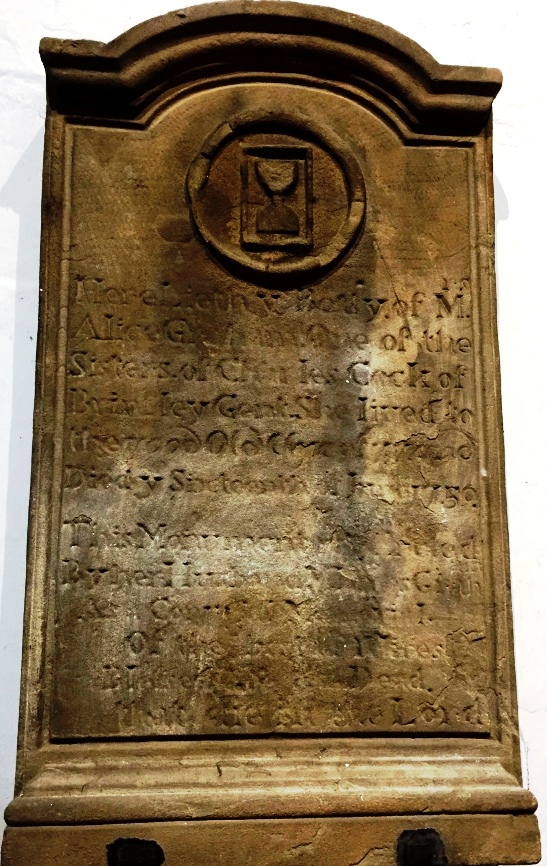 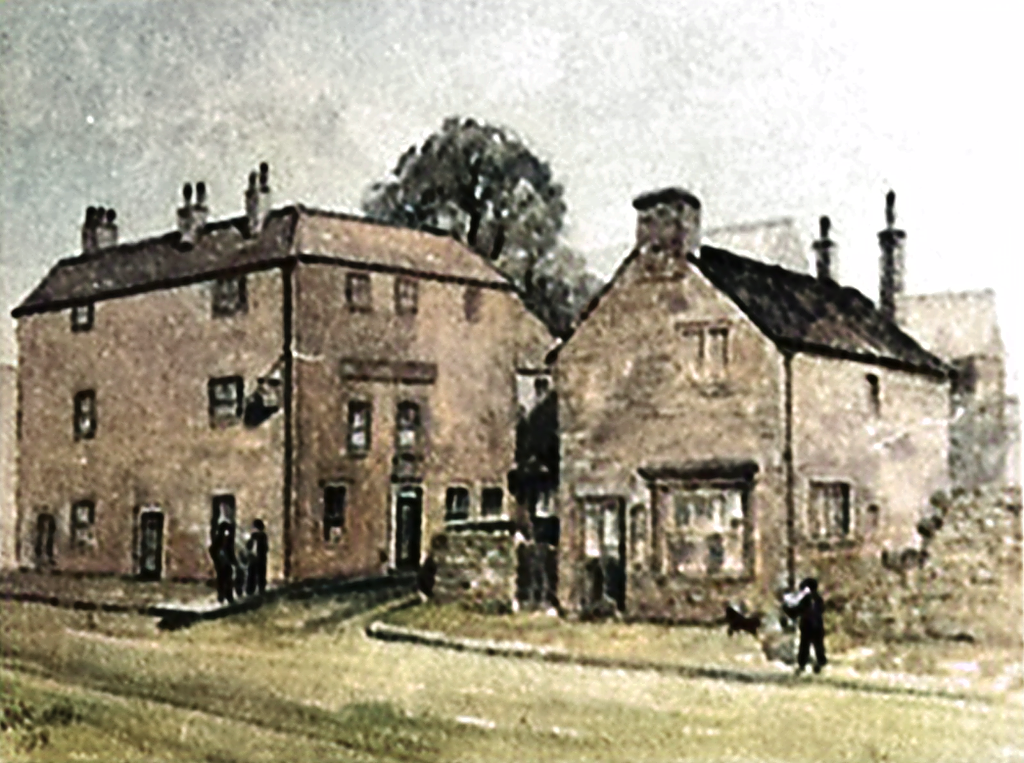 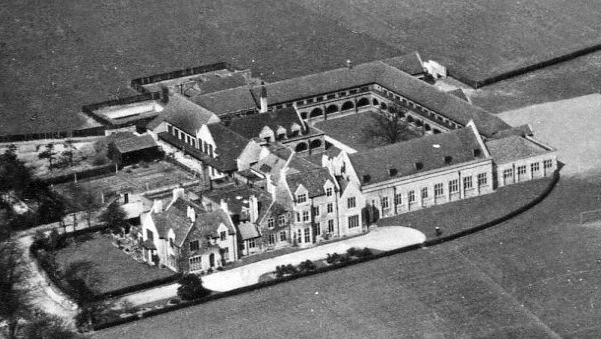 The first piece information I can find for the name Gethin or Gething is a questionable inscription on a stone plaque in St Edmund’s Church. The name is very hard to read and has been interpreted by others, such as Mrs Alice Graham.

I believe the inscription reads:
‘Here lieth y body of Mrs Alice Gethin. One of the sisters of Charles Cack of Brinsley, Gent. She lived to the good old age of 77. Died y sixteenth of June 1759.’

My reasons for thinking Alice’s surname is Gethin is her connection to her brother Charles who lived at Brinsley; that one of the benefactors to the founding of St James’ Church, Brinsley, was a member of the Gethin family and that Brinsley was a chapelry within the parish of Greasley where Gethin(g)s were married and christened.

Moving on a generation:
Edward and Hannah Gething, nee Flint, were married at Greasley on October 22nd 1792. Their son William was born on 1st August 1802 and he was christened in Greasley.

As a young man William trained as a chemist and druggist and by 1832 was trading at a shop in Church Street, Mansfield. The 1841 Census reveals that he was still there and that he had by then taken another druggist W S Pearson into his business. Later trade directories show that he was trading there up to 1849.

By 1851 he had made a drastic change of direction in his career, for the census return of that year shows him as a starch manufacturer, corn miller and farmer of 250 acres employing 1 bailiff, 2 indoor servants, 2 labourers and 2 boys. He was living at Mansfield Woodhouse by then as well.

He began taking on more responsibility within the parish. In 1864 he was elected as churchwarden at St Edmund’s Church and he was a founder member of the Mansfield Woodhouse Local Board which came into force in July 1868. (This board was the forerunner of the Urban District Council.)

The 1871 Census gives his address as Cross Hill, Mansfield Woodhouse, and by then he had retired from business.

In the 1870s Mansfield Woodhouse Cottage Garden Society organised shows in the village each year and was funded by subscriptions. William gave regular subscriptions to that organisation.

When Queen Elizabeth’s Boys’ Grammar School was built on Chesterfield Road, Mansfield, the foundation stone was laid by William Gething, Chairman of the Board of Governors, on 4 April, 1877.

William died on 17 January 1884, aged 81, at Mansfield Woodhouse. His will was proved by his nephew Joseph Gething who had taken over the business as a starch, gum and gumaline manufacturer at the Phoenix Works, Wood Street, Mansfield. William left a very substantial personal estate of £13,162.15s.9d.

Joseph Gething was born in 1838 at Brinsley. Aged 12, he along with 5 other pupils, went to live with the Vicar of Greasley, the Rev John Hides and his wife Mary. Joseph married Lucy Walliss in Mansfield in 1872.

He and Lucy had 2 children, May, born circa 1874 and Joseph Cooper Gething born 1878 and the family lived at Teversal Manor House at that time.

After his uncle William died in 1884, Joseph and his family more than likely moved into his house, at Cross Hill, Church Street, for in the 1891 Census the family are shown as living at 17 Church Street, Mansfield Woodhouse.

Joseph continued in his uncle’s footsteps not only with the business but with his parochial duties too. In the 1890s he donated towards St Edmund’s Church Tower Repair Fund and he helped at harvest thanksgiving services.
Tragedy struck in 1896.

Joseph’s son Joseph Cooper Gething joined the Naval Training School aboard HMS Conway in 1894, aged 16, and lost his life at sea in the December of 1896. His name appeared on the Lost at Sea Memorial which was placed in the ship in 1910. The ship was built in 1859 and was originally stationed on the Mersey near Liverpool. It was while being towed back to Birkenhead for a refit in 1953 that the ship ran aground, was wrecked and later burnt.

Devastated as he must have been to have lost his only son, he carried on with his community work as a councillor and in 1897 was elected chairman of Mansfield Woodhouse Urban District Council.

Lucy and Joseph died within days of each other in December 1916, leaving their only daughter May. Their gravestone in Welbeck Road cemetery reads:
‘Lucy, the wife of Joseph Gething, born 25th November 1849, married 25 November 1872, died 11 December 1916.
Joseph Gething, born 23 May 1838, died 23 December 1916. Thou hast delivered my soul from death. That I may walk before God in the light of the living. O King of the Nations, and their desire Thou corner stone making both one.

Joseph Cooper Gething, their son, born 7 June 1878, lost at sea, probably December 1896. They that go down to sea in ships see the works of the Lord.’

The family’s good deeds did not stop with their deaths. May gave St Edmund’s Church a chalice in 1921, probably in her parents’ memory. After she died in 1948 a bequest in the form of a charitable trust was set up for the benefit of St Edmund’s Church. One of the more recent outcomes from that bequest was the renovation of the building we now know as the Stable Centre, on Church Street. 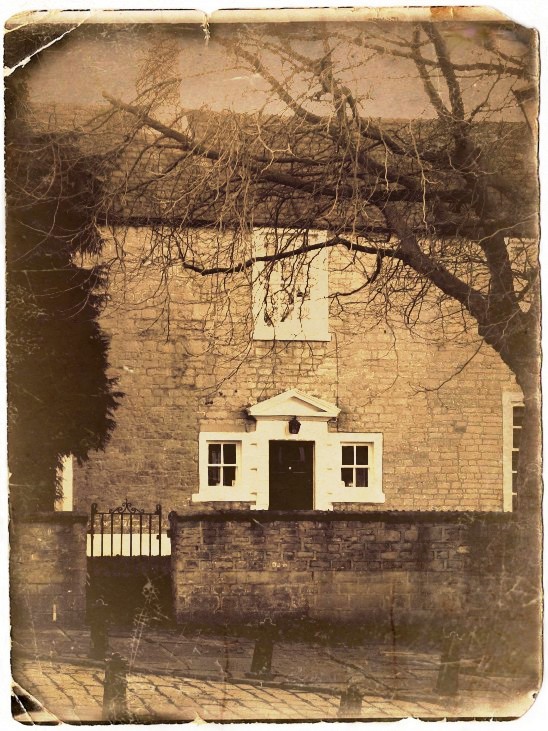 Joseph Gething and family were believed to have

If anyone has a photo of any member of the Gething family, or of their Phoenix Starch Works on Wood Street, Mansfield, we would very much like to see it.  Please contact this website or visit the Heritage Link located at the back area of Mansfield Woodhouse library.  Also if anyone can throw more light on the details of the stone plaque in photo 1, I would be most grateful.
Credits and Sources
CENSUS RETURNS – TRADE DIRECTORIES- FAMILY TREE RECORDS ON THE ANCESTRY WEBSITE – NATIONAL PROBATE CALENDAR – ST EDMUND’S CHURCH MAGAZINES – GROVES’ HISTORY OF MANSFIELD  -THE HMS CONWAY BOOK OF REMEMBRANCE WEBSITE – WELBECK ROAD CEMETERY – RECORDS OF MONUMENTAL INSCRIPTIONS BY JACK CHAPMAN – ROGER EASTGATE’S NOTES.